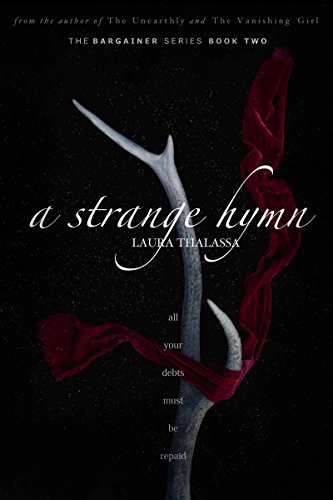 Siren and soulmate to the King of Night, Callypso Lillis survived the clutches of Karnon, the mad king, and his twisted prison. But the nightmare isn’t over. Callie wears the physical reminders of her time as a captive, and mounting evidence suggests the Thief of Souls is still out there.

When a fae celebration thrusts Callie and her mate, Desmond Flynn, into the Kingdom of Flora, they take their investigation with them. But under the bright lights and striking blooms of the realm, they find there are more immediate issues to deal with. No place is more uniquely savage than the great fae halls, and no amount of bargains can save Callie from royal intrigues.

Fairies play dangerous games. Some want love, some want vengeance, some want flesh, and some want things too unspeakable to utter. One thing is for sure: no one is who they appear to be. Not even Des, who only grows more enigmatic with every passing secret.

But the Kingdom of Flora has its own secrets, from bleeding trees to branded slaves and missing guards. Something is stirring in the land of all that grows, and if Callie isn’t careful, it will claim everything and everyone she loves—and her along with it.