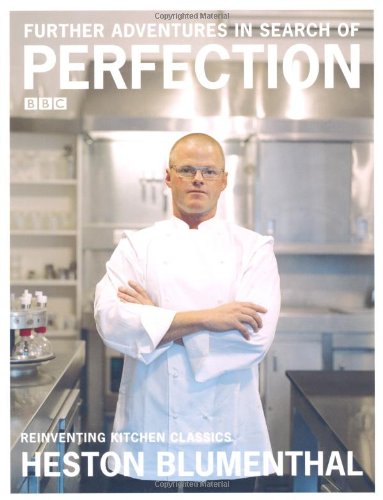 Review
Praise for IN SEARCH OF PERFECTION: 'What fun it is to follow in this gastro-wizard's footsteps as he fastidiously traces the cultural history of the ingredients ... [this] doesn't detract from the reader's pleasure in exploring the byways of Blumenthal's capacious brain.' Paul Levy, OBSERVER Food Books for Christmas 'The approach is always fascinating with interesting info and idiosyncratic twists abounding. At heart Blumenthal simply believes in good food, and the bonus is that he can write very well - in places almost poetically - about it.' WHAT'S ON IN LONDON 'While science is Blumenthal's forte, it is a background theme to his preoccupation with flavour and texture and the best means to capture these. The style is matter of fact, the narrative dynamic ... Along the way he gives so many facts that a reading can't fail to improve the quality of life.' Tom Jaine, GUARDIAN Books of the Year


Self-taught chef Heston Blumenthal has been described as a culinary alchemist for his innovative style of cuisine. His work researches the molecular compounds of dishes so as to enable a greater understanding of taste and flavour. The Fat Duck (Heston's restaurant in Bray, Berkshire) was awarded three Michelin stars in 2004, and voted the Best Restaurant in the World by an international panel of 500 culinary experts in Restaurant Magazine's The World's 50 Best Restaurants 2005. He also owns the Hind's Head Hotel, a village pub in Bray. Heston Blumenthal lives in Berkshire with his wife and three children.